T&M is pleased to announce the strategic hire of experts in security, investigations and sexual misconduct who will augment the solutions-oriented services offered to the company’s clients and contribute to growth objectives of key business areas. 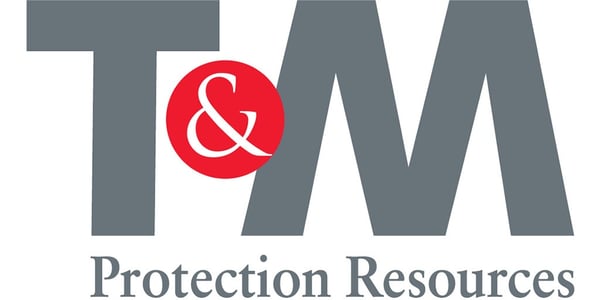 David Kelly joined T&M in July as Managing Director in the Security Consulting Services division after completing a 23-year career with the New York City Police Department, where he most recently served as Assistant Police Commissioner for Counterterrorism. His experience includes more than 10 years with the Counterterrorism Bureau, where he was responsible for developing counterterrorism strategies and programs for New York City and was involved in security planning for high-profile real estate and infrastructure projects to include the Freedom Tower, World Trade Center, Hudson Yards, Manhattan West and the United Nations, plus various arenas, stadiums, bridges, tunnels and utilities across the City. At T&M, Mr. Kelly will add to a robust security consulting team that is already highly engaged with projects throughout the country and will bring his experience and knowledge to clients seeking threat and risk assessments, crisis management, emergency response programs and business continuity planning, among other security solutions.

Meryl Lutsky, Esq., who joined T&M in August, serves as a Senior Investigative Consultant in the Investigations division following a legal career focused on sex crimes, organized crime, financial fraud and anti-money laundering. She served in several positions within the Queens County District Attorney’s Office before advancing to the New York State Organized Crime Task Force, where she was cross-designated as a Special Assistant United States Attorney in both the Southern and Northern Districts of New York. In this dual role, she partnered with federal, state and local law enforcement and prosecutors in complex organized crime and financial fraud investigations, while also partnering with foreign law enforcement and regulatory authorities to present international criminal findings in federal courts throughout the United States. She was then promoted by the Attorney General of the State of New York to Chief of the Statewide Crime Proceeds Strike Force, which investigates and prosecutes money laundering and violations of banking and tax laws. A former member of the New York/New Jersey High Intensity Financial Crime Area and the El Dorado Anti-Money Laundering Task Force, Ms. Lutsky was also granted a Top Secret security clearance while conducting investigations with the Joint Terrorism Task Force. At T&M, Ms. Lutsky will offer clients her deep investigative expertise and knowledge of legal and investigative process.

Rachel Hochhauser, Esq. joined T&M in October as Managing Director in the Sexual Misconduct Consulting & Investigations division. She brings nearly 20 years of legal and investigative experience to the company having maintained various positions as an Assistant District Attorney in the Manhattan District Attorney’s Office. As a Sex Crimes Prosecutor in Trial Bureau 30 and with the Family Violence and Child Abuse Bureau, she investigated and prosecuted cases of child physical and sexual abuse, child homicide, internet solicitation of children, rape and sexual assault against adult victims. During her tenure, she also investigated and prosecuted crimes in a variety of areas to include financial fraud, international illicit money movement and terrorism funding, narcotics trafficking, homicide, internet-related crimes, assaults, robberies, domestic violence and official misconduct. From 2011 to 2013, she notably served as a Trial Attorney with the United Nations International Criminal Tribunal for the former Yugoslavia in The Hague, where she was a senior prosecutor of high-level perpetrators of war crimes and crimes against humanity, including genocide. She is also an Adjunct Professor of Law at the Benjamin N. Cardozo School of Law, where she teaches a class in domestic violence and child abuse. At T&M, Ms. Hochhauser will provide her consulting and investigative expertise to clients in the areas of sexual assault, abuse, harassment and related sexual misconduct issues involving adults and children.

“I am thrilled with these latest additions to the T&M team,” states Robert S. Tucker, Chairman & CEO of T&M. “Mr. Kelly, Ms. Lutsky and Ms. Hochhauser have exceptional credentials that will enhance bench strength in key T&M business divisions and will contribute to T&M’s mission of offering unparalleled expertise and comprehensive solutions to our clients.”